7 digital trends we need to adopt for the SDGs

Career advancement
Sustainable development and the SDGs
Share on
flt

The landscape of social media in 2008 or even 2014 differs vastly from today’s. Social media is saturated with businesses competing for attention; we are using mobile to surf the web more than ever; and content has become increasingly visual, mobile-responsive, real-time, and interactive.

As audiences, we now rely largely on our professional and personal networks to feed us content relevant to our interests. As UN agencies, this presents us with a challenge in terms of spreading the word about the Global Goals.

From quality education to gender equality, ending poverty to tackling climate change, we need to create content that creates meaningful dialogue and ends up on user’s newsfeeds.

Let us explore some emerging trends in digital communications — and see how we can use them to advocate for a better world.

These days, we do not “watch” human-interest videos  -  we keep them on mute and “read” them.

AJ+ is probably one of the first champions of this type of content. One of my favourites is the story “The Refugee Cafe where everything is free.”

Even Reuters often delivers its news through captioned slideshows on Twitter.

Writer’s Tip: If you have limited resources in your team, try a website like Lumen5, which helps you produce slideshow videos for free.

Also, always think about subtitles. Remember that most people will watch your video on silent.

Gone are the days of passive reader, mindlessly scrolling through.

Even major journalistic outlets nowadays are using specially designed platforms to bring their stories to life. As the users scrolls down, elements of surprise or shock, such images appearing out of nowhere, keep the audience actively engaged.

One of the latest pieces by the New York Times, on the 200 girls kidnapped by Boko Haram in Nigeria, sets a haunting tone with images that unfold as the user scrolls down. It feels like walking into a museum, except the women in the frames are watching you. 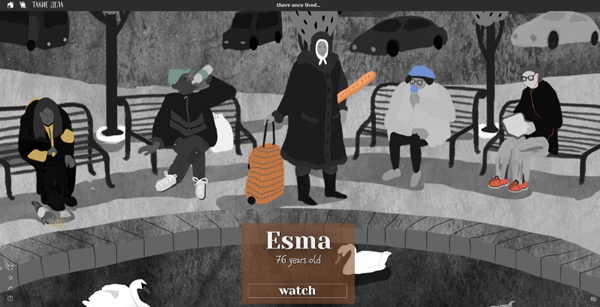 Another super inspiring example is “THERE ONCE LIVED,” an award-winning platform on homelessness that presents the stories of five homeless persons through a “Choose Your Character” format.

Writer’s Tip: Think about including elements in your storytelling that keeps the reader active. Work with designers outside of your organisation who can help bring your stories alive.

A digital trend we owe largely to the success of Humans of New York—short personal quotes offer a strong, intimate way of connecting with audiences as they scroll quickly through their feeds.

You may recognise this format also in Humans of MY World, which was a UN initiative to promote the SDGs around the world.

Stories are powerful devices. Never underestimate the potential of an authentic voice to change hearts and minds.

Writer’s tip: Instead of writing a success story, try recording and transcribing a casual conversation. The results might be a lot more impactful than you think.

These looped animated images have given us a new way to communicate. Across social media, we have become used to expressing our feelings by posting GIFs of real or fictional people. How many of these “Most popular GIFs of 2017” do you recognise?

But what if you took this humorous format and used it to tell a moving story? That’s what ICRC did with Syria Street — an interactive platform that introduces you to the residents of a multicultural street in Lebanon. The result is both three-dimensional and intimate.

Writer’s Tip: Don’t be afraid to think outside the box. A trend that is currently being used in a particular way could do wonders for your content when flipped on its head. If you want big impact, it is these kinds of creative ideas that will bring in audiences. 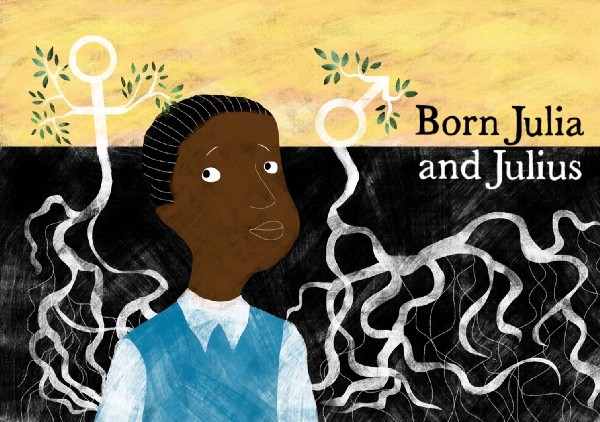 “Born Julia and Julius,” a story of being intersex in Uganda, commissioned by Open Society Foundations and produced by Positive Negatives.

As part of our human nature, we may be less inclined to hear certain stories than others. Yet comics can help provide an “emotional cushion” between the subject and the viewer, making even difficult stories digestible.

From Amnesty International to Open Society Foundations to UN Haiti, many organisations have commissioned heart-warming and heart-breaking stories whose effects linger long after you’ve stopped reading.

Animation has huge potential, too. UNICEF’s UnFairy Tales series is a striking piece of work. There is also a twist at the end  -  reminding you that just because it is a “comic” doesn’t mean it is “fictional.”

“Some stories were never meant for children.”  -  UNICEF

As the saying goes, “If you want to make a point, tell a story, and to make many points at once, tell a joke.” Humour is one of the most powerful devices we have.

The UN in the Kyrgyz Republic worked with famous Kyrgyz actor Jenish Dzhunusov on a slapstick comedy piece that was extremely successful in the local context.

Similarly, UNDP Turkey worked with their Goodwill Ambassador and famous Turkish actor Mert Firat, using humour as a way to draw fans in.

What digital trend list is complete without Instagram? The social media giant has mainstreamed Snapchat’s expiring stories format, revolutionising the way many of us now consume news, entertainment, and art.

You would be hard pressed to find a humanitarian and/or development organisation these days without Instagram presence (If you don’t know where to begin, start with our Top 10 suggestions here.)

The relatively new “Stories” function allows you to interact with your audience more than any other platform — using polls, for examples, or adding clickable hashtags and locations as signifiers to your photos and videos.

Each frame is 15 seconds maximum, and the user chooses how many frames they want to watch. It is this brevity and active engagement that makes Instagram’s Stories successful.

Although this is not an exhaustive list, I hope it does help give you some ideas for your next campaign.

Are there any trends missing? Do you have any favourite masterpieces that were not featured here? Have a question? Feel free to write us on Twitter at @UNSSC and @mehmeterdoganIV!

Mehmet Erdoğan was a speaker during the Communicating as One course held in Istanbul, Turkey from 6 to 8 March 2018. Learn more about UNSSC courses on communications and advocacy. 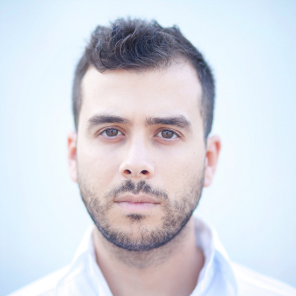