Innovation in Action: Impact Through Storytelling and Partnerships

We live in an era that is ripe with creative ideas and agile leadership is crucial to the ability to inspire and energize staff, administer the process of innovation, and truly make a difference in addressing global challenges in dynamic and efficient ways.

Who is an agile leader? One who can adapt and inspire no matter what the circumstance. One who is bold and compassionate and eager to nurture traditional mindsets and help staff adapt and understand, for instance, the promise of new technologies. One who isn’t afraid to fail fast and be transparent on what worked and what didn’t in a timely manner.

We are excited about the possibilities emerging storytelling technologies bring with them and believe that innovation is best actualized when done strategically and in collaboration with value-driven networks. In this way, we are applying the same kind of innovation process to storytelling as we do to open innovation.

In eight short years, at SecondMuse we have leveraged a network-centered innovation ethos to support and scale innovators and solutions in a number of key areas including affordable and nutritious food; aquaculture re-engineering; sustainable design and manufacturing; civic engagement and open data to improve communities. We've also forged partnerships with important international government agencies, renowned think tanks, influential nonprofits and academia, along with such high-impact companies as NIKE, IKEA, Intel, and Google.

“That's because today's critical issues around sustainable, resilient communities and environments implore us to work together to be better, faster, and cheaper,” says Carrie Freeman, Managing Director of SecondMuse. “Networks now have the power to magnify both good and bad ideas. At SecondMuse, we’ve learned how to prioritize disruption: we analyze and understand the need, identify barriers to innovation, and develop the resilient support mechanisms that propel responsible change,” Freeman adds.

In the last year alone, SecondMuse brought together 1000+ experts and innovators who are solving broad food, nutrition, forest and ocean management; and circular economy challenges. In New York City, we are leading a major incubator project around urban manufacturing supporting the work of 70 hardware entrepreneurs. All told, we have sourced and assessed 600+ innovations and are accelerating ~30 of them into markets this year.

So at SecondMuse, we are now applying the same approach to our storytelling work -- forging a network of like-minded organizations across a wide spectrum in digital engagement, VR and AI. One of our key activities in storytelling is to drive engagement. Our work ranges from developing storytelling strategies to incorporating artificial intelligence and machine learning in projects, implementing educational Facebook live events, Twitter campaigns, global editorial partnerships and 360º/Virtual Reality stories. Our global campaigns have reached over 95 million people on Twitter, Instagram and Facebook last year.

We understand that new technologies require us to pause, research, and hack more efficient ways to tell stories together in new and unimaginable ways. From the United Nations, to the World Bank and the Australian Aid program, development agencies are among the first, for instance, to experiment with immersive VR/AR technologies.

The purpose has been to build empathy and educate local communities as they work to improve the challenging environments surrounding them. There is a commitment to understanding how new communication technologies can be accessed and leveraged by individuals in developing nations to inspire positive change, and help create bridges between otherwise disconnected human experiences.

Making Waves: Re-engineering Aquaculture in Tanzania, for instance, is a 360/VR story produced by SecondMuse in collaboration with the Australian Aid program’s innovationXchange that showcases the work of several aquaculture innovation projects.

Starting in Zanzibar, we documented the SeaPoWer project that helps women seaweed farmers adapt their businesses for rising sea-level temperatures and changing environmental conditions. In Dar es Salaam, we filmed the work of The Recycler, a company that uses insect larvae as a critical ingredient in the fish meal at the Indian Ocean Aquaculture tilapia farm. By using black soldier flies to replace wild-caught fish as feed, these projects are protecting our oceans and creating jobs that fuel Tanzania’s aquaculture sector. In this way, we are pushing the boundaries of both technology and immersive communications for development in the pursuit of long-lasting, meaningful social impact.

This immersive film was released last month on World Oceans Day via the Facebook page of Mission Blue - Dr. Sylvia Earle's Ocean Conservation organization. We were also invited to preview this VR film at the inaugural World Oceans Festival on Governors Island on June 4. The Prime Minister of Fiji was one of the people who watched the film at the VR Pavilion.

When it comes to mass collaboration and digital engagement, one of our major projects is NASA's International Space Apps Challenge. Space Apps has become the world’s biggest global hackathon. For the 2017 event, we had 25,000 participants from 187 cities in 71 countries engaged directly with NASA open data to design innovative solutions to global challenges in software development, citizen science, hardware, and data visualization and much more.

Teams of technologists, artists, scientists, designers, storytellers, and entrepreneurs developed solutions to some of the most pressing challenges on earth using publicly available data from NASA and other sources. This mass collaboration includes hundreds of organizations internationally contributing through data, challenges, and in-kind and financial resources. As part of our digital storytelling approach around the #SpaceApps hashtag we reached some 40 million people across Twitter and Instagram - 46.5% of whom were women.

All around us, technology is creating new and dynamic ways to share content. At this year’s Wimbledon Tennis Tournament, for example, IBM’s artificial intelligence platform, Watson, had a major editorial role -- analyzing and curating the best moments and data points from the matches, producing “Cognitive Highlight” videos, tagging relevant players and themes, and sharing the content with Wimbledon’s global fans.

Intel just announced a collaboration with the International Olympic Committee (IOC) that will bring VR, 360 replay technology, drones and AI to future Olympic experiences. In a recent press release Intel notes, “The power to choose what they want to see and how they want to experience the Olympic Games will be in the hands of the fans.”

In the context of development, future technology will change the way we interact with global communities. Researchers at Microsoft are experimenting with a new class of machine-learning software and tools to embed AI onto tiny intelligent devices. These “edge devices” don’t depend on internet connectivity, reduce bandwidth constraints and computational complexity, and limit memory requirements yet maintain accuracy, speed, and security — all of which can have a profound effect on the development landscape. Specific projects focus on small farmers in poor and developing countries, and on precision wind measurement and prediction.

Microsoft’s technology could help push the smarts to small cheap devices that can function in rural communities and places that are not connected to the cloud. These innovations could also make “the Internet of Things devices cheaper, making it easier to deploy them in developing countries,” according to a leading Microsoft researcher.

But the fact is, the non-western setting is currently the greatest challenge for AR/VR platforms. Wil Monte, founder and Director of Millipede, one of our SecondMuse collaborators says currently VR/AR platforms are completely hardware reliant, and being a new technology, often require a specification level that is cost-prohibitive to many. Monte says labs like Microsoft pushing the processing capability of machine learning, while crunching the hardware requirements will mean that the implementation of the technologies will soon be much more feasible in a non-western or developing setting. He says development agencies should be empowered to push, optimise and democratise the technology so it has as many use cases as possible, therefore enabling storytellers to deploy much needed content to more people, in different settings.

"From our experience in Tonga, I learned that while the delivery of content via AR/VR is especially compelling, the infrastructure restraints means that we need to 'hack' the normal deployment and distribution strategies to enable the tech to have the furthest reach. With Millipede's lens applied, this would be immersive and game-based storytelling content, initially delivered on touch devices but also reinforced through a physical board or card game to enable as much participation in the story as possible,” Monte says.

According to Ali Khoshgozaran, Co-founder and CEO of Tilofy, an AI-powered trend forecasting company based in Los Angeles, content creation is one of the most exciting segments where technology can work hand in hand with human creativity to apply more data-driven, factual and interactive context to a story. For example, at Tilofy, they automatically generate insights and context behind all their machine generated trend forecasts. “When it comes to accessing knowledge and information, issues of digital divide, low literacy, low internet penetration rate and poor connectivity still affect hundreds of millions of people living in rural and underdeveloped communities all around the world,” Khoshgozaran says.

“This presents another great opportunity for technology to bridge the gap and bring the world closer. Microsoft use of AI in Skype’s real-time translator service has allowed people from the furthest corners of the world to connect -- even without understanding each other’s native language -- using a cellphone or a landline. Similarly, Google’s widely popular translate service has opened a wealth of content originally created in one language to many others. Due to its constant improvements in quality and number of languages covered, Google Translate might soon enhance or replace human-centric efforts like project Lingua by auto translating trending news at scale,” Khoshgozaran says.

Furthermore, technologies like the Google Tango and Apple ARKit can provide new opportunities says Ali Fardinpour, Research Scientist in Learning and Assessment via Augmented/Virtual Reality at CingleVue International in Australia. “The opportunity to bring iconic characters out of the literature and history and bring them to every kid's mobile phone or tablet and educate them on important issues and matters in life can be one of the benefits of Augmented Reality Storytelling.”

Fardinpour says this kind of technology can substitute for the lack of mainstream media coverage or misleading coverage to educate kids and even adults on the current development projects, “I am sure there are a lot of amazing young storytellers who would love the opportunity to create their own stories to tell to inspire their communities. And this is where AR/AI can play an important role.”

A profound view of the future of storytellers comes from Tash Tan, Co-Founder of Sydney based Digital Company S1T2. Tan is leading one of our immersive storytelling projects in the South Pacific called LAUNCH Legends aimed at addressing issues of healthy eating and nutrition through the use of emerging, interactive technologies. “As storytellers it is important to consider that perhaps we are one step closer to creating a truly dynamic story arch with Artificial intelligence. This means that stories won't be predetermined or pre-authored, or curated but instead they will be emerging and dynamically generated with every action or consequence,” Tan says, “If we can create a world that is intimate enough and subsequently immersive enough we can perhaps teach children through the best protagonist of all -- themselves.” 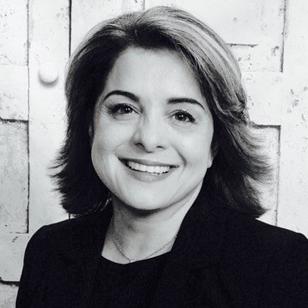