A colleague recently asked me to write a blog on public policy as part of her programme’s reading materials. After thinking long and hard about what aspect of public policy this piece should focus on, I came to the conclusion that feminizing public policy would be the most urgent topic to address. What do I mean by the “feminization” of public policy? Simply put, it is the foresight to anticipate the impact of specific public policies on women.

Years ago, I was part of an evaluation team tasked with assessing the success of a literacy programme for women in an urban area in the United States. Our findings indicated that there was a low night class attendance rate for the target group. We explored possible causes and discovered poor access to transportation was the main contributing factor. The low-income status of the beneficiaries meant that city buses were the only means of transportation to and from the class. The last bus was scheduled for departure at 9:00 PM and the classes ended at 10:00 P.M, leaving the women with no means to return home. This finding revealed two main shortcomings of the programme: 1) a lack of coordination between the departments of education and transportation and 2) a limited understanding and little consideration for the special needs of women, particularly those from low-income households living in urban areas with high crime rates.

This is only one of many examples of good initiatives that fail because women are not given the opportunity to participate in the formulation phase of projects and public ventures in the developed and the developing world. This comes as no surprise to me. In a global context, most policies are designed by men. Of course, there are exceptions, but such exceptions are far and few in between. Even when male decision makers with good intentions try to address population needs through various policies, they often fail to comprehend the potential side effects on women, be it in employment, education, health, housing or other sectors.

Understanding the challenges to the gender agenda

During my time at the UN Development Programme in the 90s,I advised the government of a country that was designing a national poverty reduction strategy. I was deeply committed to promoting micro financing opportunities for poor women. In my view it was a crucial tool for advancing gender empowerment.

I was later surprised to learn that the Ministry of Women’s Affairs resisted my proposal. Their opposition was not so much to the concept of micro financing, but rather to my view of women as the unit of analysis for the policy. The ministry’s insistence that the “family” should be considered as the unit of analysis and not women was a revelation for me.

Through this experience, I learned that perhaps some of the strongest opponents of women’s empowerment are also women who may never be beneficiaries of a micro financing scheme. You might be interested to know that our proposed strategy was initially voted down by the male-dominated parliament. It had to be watered down substantially to see the light of the day!

Feminizing public policy is both a technical issue and a political one. The technical knowledge is already available and widely used by governments, NGOs and international organizations. Gender mainstreaming methodologies coupled with gender sensitive indicators are among the various tools currently available to ensure that public-sector initiatives are free of gender bias. What is less common is a commitment by decision makers who are responsible for applying the methods to policy development.

How can we chart a new path that accounts for women as contributors to the public agenda? To start with, policy makers must include women in policy-making processes. It is not sufficient to appoint women to decision making bodies just for the optics. Women’s participation should be safeguarded through the inclusion of women who represent unions, NGOs, community-based organizations, the private sector and academia. This needs to be visible at all levels of the economy and society. Once a given policy is crafted, systematic assessments should be routine practice to evaluate its impact on women. This allows for proper ongoing adjustments and modifications.

The feminization of public policy is not achievable overnight. This is a long process that needs to be ingrained in the socio-political and economic fabric of society. The concept requires awareness building through learning and promotion, leadership commitments and adequate resources.

While not easy to implement, gender equality and women’s rights need to be integrated in every policy decision and activity. This must be viewed not only as a political commitment but also as a moral and ethical imperative.

In April, we signed a Memorandum of Understanding (MOU) with the University of Cape Town (UCT) through its Nelson Mandela School of Public Governance. The MOU will guide cooperation between the institutions over the next five years. Learn more about how their Master of Development Policy and Practice (MDPP) can help you learn more about how to research and apply best practices in public policy design and implementation. 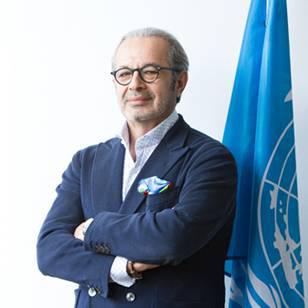